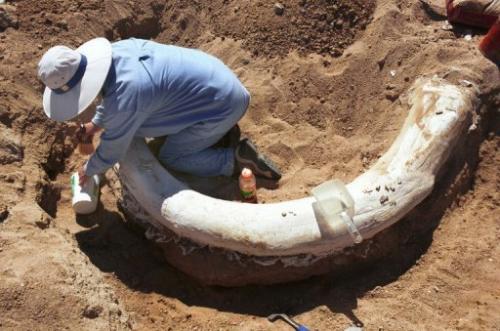 An archaeologist removes dirt from around a 50,000 year old mammoth tusk. Scientists from Japan and Russia believe it may be possible to clone a mammoth after finding well-preserved bone marrow in a thigh bone recovered from permafrost soil in Siberia, a report said Saturday.

Scientists from Japan and Russia believe it may be possible to clone a mammoth after finding well-preserved bone marrow in a thigh bone recovered from permafrost soil in Siberia, a report said Saturday.

By replacing the nuclei of egg cells from an elephant with those taken from the mammoth's marrow cells, embryos with mammoth DNA can be produced, Kyodo said, citing the researchers.

The scientists will then plant the embryos into elephant wombs for delivery, as the two species are close relatives, the report said.

Securing nuclei with an undamaged gene is essential for the nucleus transplantation technique, it said.

For scientists involved in the research since the late 1990s, finding nuclei with undamaged mammoth genes has been a challenge. Mammoths became extinct about 10,000 years ago.

But the discovery in August of the well-preserved thigh bone in Siberia has increased the chances of a successful cloning.

Global warming has thawed ground in eastern Russia that is usually almost permanently frozen, leading to the discoveries of a number of frozen mammoths, the report said. 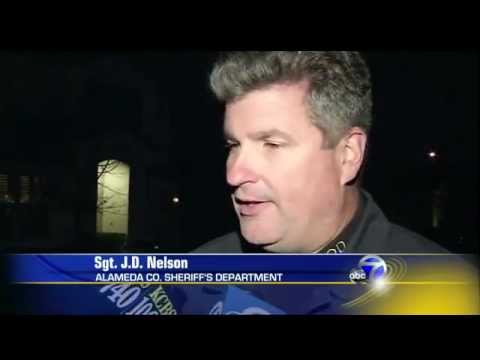 DUBLIN, Calif. (KTLA) -- A house in northern California was hit by a cannonball when experiment by the Discovery Channel show "Mythbusters" went a bit askew, the Alameda County sheriff's office said.
The myth was about whether other things are just as effective as a cannonball when fired from a cannon. Instead, the mythbusters found out how effective a cannonball is when it misses its target.
The cannonball was traveling as fast as a bullet when it bounced off a sidewalk, blasted through the front door of a house, and whizzed across the bedroom of a sleeping couple.
The cannonball went through the bedroom wall, leaving a 10-inch hole. It then bounced across four lanes of traffic and hit another home, before finally smashing into a minivan.

The South African fast food chain (known for their Peri Peri chicken), Nando’s latest controversial Ad is making its way around! They are known for capitalising on current events to create humourous campaigns.

An Egyptian man was severely beaten after an Iraqi gang tried to kidnap and force him to film pornographic videos because of his astonishing resemblance to former Iraqi strongman Saddam Hussein.

Mohamed Bishr says he was on his way on Sunday to a café in the bustling downtown area of Egypt's second city of Alexandria when three men wearing black suits tried to force him into the back of a van.

"The three men, who had guns hanging from their belts, forced me out of my car and shoved me into a van, hitting my head," Bishr, a devout Muslim, told Ahram's Arabic portal from his hospital bed.

The incident was short but traumatic. Bishr said the last thing he remembers was the men yelling at each other, and then throwing him out of the van where he hit his face on the pavement.

Passers-by quickly gathered around but were too afraid to apprehend the apparently armed kidnappers.

Bishr's son, Mahmoud, said that his father had previously met with a group of unidentified people -- who spoke Arabic in an Iraqi or Syrian dialect -- and had been offered LE2 million pounds (US$333,000) to impersonate the late dictator in a pornographic video. Bishr refused.

His son said that after the meeting his father had received several telephone calls threatening him with kidnap if he didn't change his mind and shoot the Saddam sex tape.

It is believed his kidnappers would have tried to pass off the video recording they made as genuine and sell it to international media.

This was not the first time Bishr has been harassed because of his looks, according to his sons. They said other Iraqis in Egypt had previously assaulted their father, telling him "you are Saddam Hussein and we will turn you in for the million-dollar reward."

Bishr has changed his residence four times to avoid such harrassment, they claimed.

"We asked the police to put special protection on our father, because this has happened to us several times," said Mahmoud.

Former Iraqi president Saddam Hussein, executed in Baghdad in 2006, was rumoured to have used the services of several doubles to make public appearances in his place.

None are thought to have performed in adult films.

What does it feel like to fly over planet Earth? 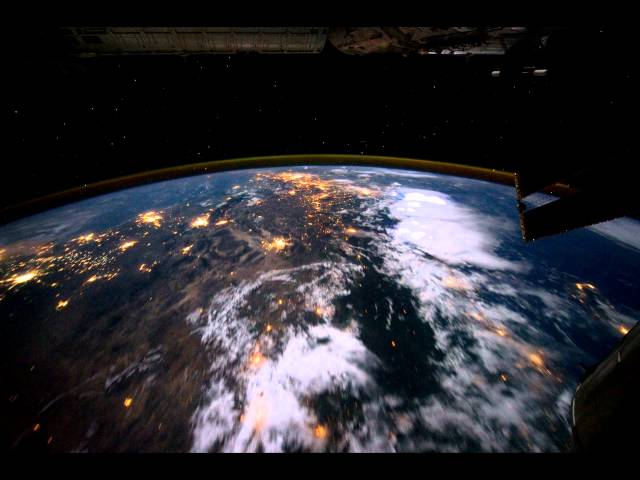 A time-lapse taken from the front of the International Space Station as it orbits our planet at night. This movie begins over the Pacific Ocean and continues over North and South America before entering daylight near Antarctica. Visible cities, countries and landmarks include (in order) Vancouver Island, Victoria, Vancouver, Seattle, Portland, San Francisco, Los Angeles. Phoenix. Multiple cities in Texas, New Mexico and Mexico. Mexico City, the Gulf of Mexico, the Yucatan Peninsula, El Salvador, Lightning in the Pacific Ocean, Guatemala, Panama, Columbia, Ecuador, Peru, Chile, Lake Titicaca, and the Amazon. Also visible is the earths ionosphere (thin yellow line), a satellite (55sec) and the stars of our galaxy.

Over the past 15 minutes we had:
509 guests and no members online.

Maddy 2 days ago
it is asking for a password

Andalu 2 days ago
@RamseyYou are right, I had completely forgotten that 🙄Thanks to the "syssetup.ini" trick already used for "iastorF.sys", I can now install XP ...

ochentay4 3 days ago
@ochentay4Well, disregard my post, as I reenabled the option E which reenabled Storage drivers. When pressing 1 option E gets enabled, so ...

ochentay4 3 days ago
POST FIXED:I have a HP t5565 Thin Client with VIA VX900 chipset that ALWAYS crashes installer with a BSOD with VSTXWDC.SYS. Vanilla ...

ochentay4 3 days ago
I have a HP t5565 Thin Client with VIA VX900 chipset that ALWAYS crashes installer with a BSOD with VSTXWDC.SYS. Vanilla Kai-Schtrom SATA ...